The meaning of the split line It is commonly found in a narrow and shallow slot and designed for mechanical function, process needs, or decorative effects on plastic products, sometimes it is called a “cosmetic line” or “decoration line”. Why do you need a split line design? What does the split line do?  1. Mechanical …

END_OF_DOCUMENT_TOKEN_TO_BE_REPLACED

The meaning of the split line

It is commonly found in a narrow and shallow slot and designed for mechanical function, process needs, or decorative effects on plastic products, sometimes it is called a “cosmetic line” or “decoration line”.

1) Uniform gap: When the upper and lower shells of the product are assembled, avoid the defect of uneven appearance gap due to the large outline or deformation of the shell edge during the injection molding process. The split line here provides a gap to visually reduce the unevenness, and the larger the split line gap width, the less noticeable this unevenness is.

2) Reduce the scratching feel: When the upper and lower shells of the product are assembled, the degree of appearance scratching caused by the excessive assembly step difference caused by the deformation of the shell during the injection molding process is reduced.

Especially when the parting surface is a curved surface, the dimensional accuracy of the shape is more difficult to control. If the appearance allows, the addition of split lines can reduce the requirements for mold accuracy.

Why can the split line reduce the scratching feel?

If the split line is not designed, since it is difficult for the jig to fit seamlessly at the color interface (the jig requires high precision), the paint will splash a little or penetrate to the other side, resulting in the dividing line between the two colors. It does not look straight and clear but presents a zigzag-like dividing line, and it is also possible for oil to accumulate at the dividing line.

When the appearance of the product has inserts on the mold, the split line can be designed at the position of the insert line, and the unsightly insert line can be hidden in the split line. (It is common in the face frame LOGO of some ODM manufacturers. Different brands only replace the insert here, or the two plastic parts have the same structure except for the insert. This approach can avoid re-opening the mold) 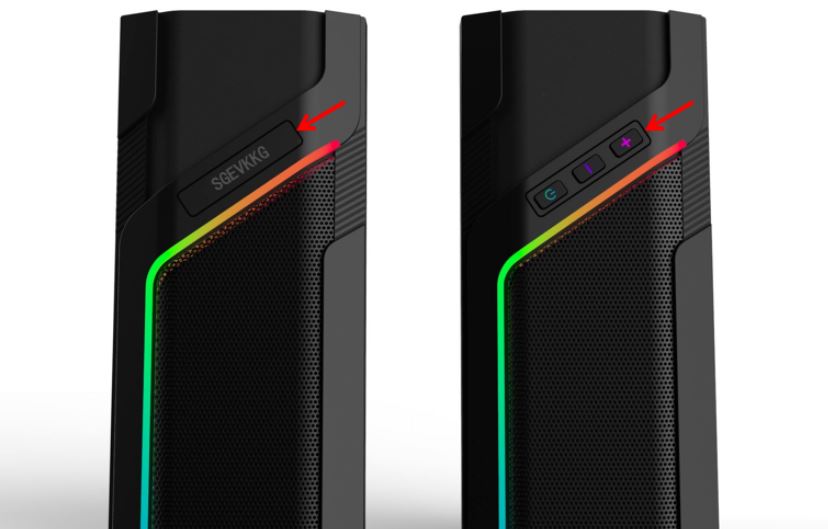 1) Designing split lines on some large surface area in order not to appear rigid, increasing the layering of the product, and strengthening the visual effect, is a design based on aesthetics.

There are mainly the following products that need to design split lines on the die joint:
1) The product has a large external dimension, and it is difficult to control the external dimension tolerance within a reasonable range in terms of product structure and mold. In order to reduce the obvious difference between the upper and lower shells, the die joint split line should be designed;
2) The structural strength of the product is not enough, and it is easy to deform, which makes it difficult to control the step difference of the die joint during assembly. In order to prevent serious scratching, the die joint split line should be designed;
3) The processing level of the mold factory is not high, and the mold production is not precise enough. The die joint split line is designed when the appearance allows, which can prevent defects such as step difference and uneven gaps caused by mold processing problems.

1) Oil spray split line: The surface of the product is sprayed with two colors of paint, which is used to separate the oil separation tank of the two paints, and the jig mask is used to meet the technological requirements of two-color spraying. The oil distribution tank is often designed as a concave structure, and the size is designed according to the accuracy and spraying requirements of the shell and fixture. If the accuracy of the shell and fixture is high, the split line can be appropriately made smaller. Generally, the shell is often designed according to the spraying requirements.

2) Mold process split line: Avoid the process grooves such as flashes or slider lines that affect the appearance of the mold parting. It is mainly used in mold slides and replaceable inserts because it is difficult to save the mold in these positions to make it seamless. When the product is injection molded, capes or clip lines are generally generated at these positions, such as the design of split lines at these positions. These flaws can be hidden.

The decorative split line is often used to beautify and embellish the product shape, generally making a concave groove, and its size, shape, and distribution are generally related to the appearance and details of the entire product.

1. After designing the split line between the upper and lower shells, it is difficult to completely solve the problem of the difference between the upper and lower shells. Therefore, there will be two situations: the surface scraping and the bottom scraping. In the design, the surface scraping is generally used, so that the outer shell size is larger than that of the bottom shell. 0.1~0.15.